Pratyusha Banerjee is seeking help of the cops. Why?

Well, the Balika Vadhu star met with an unfortunate incident earlier in the day, is what we have been informed by our sources.

This is what unfolded.

Like a scene from the popular show Crime Patrol, few men allegedly disguised as cops tried to enter her home in Kandivali west (Mumbai).

“Eight to ten burly men in civil clothes knocked hard at Pratyusha’s home. She panicked. On confronting, the men said that they were cops and needed to search the apartment. She was with her mom and maid at that moment. Suspicious, she asked the men to display their identity cards. The men failed to do that and began to push the door in a desperate attempt to enter,” said a source.

The three women stood their ground and finally the men went.

So who were these people? What did they want from Pratyusha?

There have also been reports of the men actually managing to enter the house and even molesting the actress, something which we cannot confirm at the moment.

When we spoke to Pratyusha’s mom, Soma Banerjee, she narrated the incident: “It was scary. They said they were cops, but they did not have any identity card. They said get Rahul (Pratyusha’s boyfriend Rahul Raj) out of the house. Pratyusha and I are at Kandivali police station to file an official complaint. Let’s see what happens from now on.”

Before signing off she did clarify on the men not managing to enter the home.

Bindiya to get arrested in &TV’s Begusarai 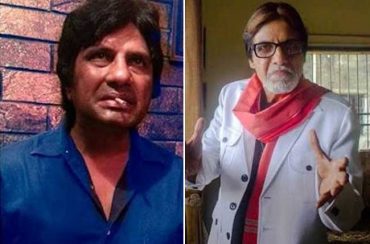