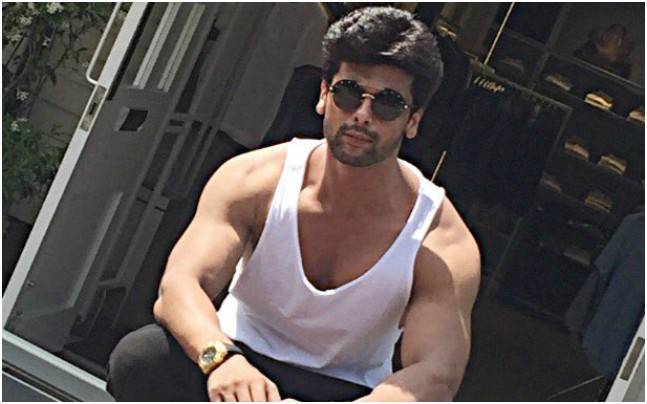 MUMBAI: The week has barely begun, but some of us can’t wait for the weekend!

While you wait though, bestarticles has some fun gossip from the telly world.

Sit back with a hot cuppa and have a look!

Colors is riding high on the success of their weekend shows Naagin 3 and Dance Deewane. Two more shows are to be aired soon. Khatron Ke Khiladi and Bigg Boss are the channel’s two most popular serials. Last year, Khatron Ke Khiladi had ended much before Bigg Boss had started. Usually, Bigg Boss goes on air in October, but this time, it will air in September, thus pushing Khatron Ke Khiladi to next year. This is because the contestants of KK9 have reached Argentina only a couple of days ago.

Colors’ Ishq Mein Marjawan has introduced a bunch of changes as a part of its revamp. Marathi actress Kishori Shahane will be soon join the show.

According to the media reports, Kishori will play the role of a mother. As part of the revamp, Nia Sharma has been cast in a lead role in the Arjun Bijlani starrer. We cannot wait to see what this means for the show.

Zee TV’s Aap Ka Aa Jane Se has been high on drama and twists. In upcoming episodes, viewers will see not only a new track but also a new face.

According to sources, Priyanka Purohit has been roped in to play the female lead’s relative; her entry will spice up the plot. She will essay the role of a psychology student who will approach Sahil, Karan Jotwani’s character.

Television’s most popular actor Kushal Tandon recently chatted with a fan on Instagram on how he had to put on 5 kilos for his role in the web series Hum after the show takes a leap. The actor also shared a photo.

Ek Hazaaron Mein Meri Behena Hai was Star Plus’s most loved show. Star Utsav plans a rerun of the show, and fans couldn’t control their excitement. The show starred much-loved actors Nia Sharma, Krystle Dsouza, Karan Tacker, and Kushal Tandon in lead roles. A show so old being received so well by fans is a huge compliment, and the actors also acknowledged this!

Actress Chandni Bhagwanani has bagged a role in the Colors’ Roop – Mard Ka Naya Swaroop. She will essay the role of Palak, which was earlier essayed by child artist Pakhi Mendola, post the leap. As per sources, Palak will be shown in a very different avatar.

Talented actor Vijay Badlani will join in the cast of Sab TV’s Super Sister. The show is about two sisters, one of whom has magical powers. Vijay will essay the character of the girls’ uncle. Vijay was recently seen in the role of Narad in Karamphal Data Shani.

Digital OTT platform Zee5 is all set to dole out some interesting shows, including a web series named Akoori, which will be produced by Essel Vision Productions. Akoori will have an ensemble cast that includes Zoa Morani (Bhaag Johnny), Shadab Kamal (B.A. Pass), Adi Irani (Baazigar), Darshan Jariwala (Ajab Prem Ki Ghazab Kahani), Lillete Dubey (Chashme Baddoor) and Tirthankar Poddar aka 2Blue. It will revolve around the Parsi community.

Zuber K Khan excited to be a part of Fear Files

Actor Zuber K Khan of Kasam – Tere Pyaar Ki fame will be soon seen in Fear Files – Darr Ki Sacchi Tasvirein. The episode will be based on Kathakali, and Zuber will play the role of a director.

Delnaaz Irani to play a Parsi on the big screen

The fact that certain communities are often typecast had stopped Delnaaz Irani from playing a Parsi in films. But now, the actress will be playing one in Milind Ukey’s Marathi film Monsoon Football. Delnaz said that after she played the role of a Parsi in Batliwala House Number 43, she felt that Parsis are portrayed as caricatures and not as real characters. She has a meaty role in this film.

Star Plus’ Yeh Hai Mohabaatein recently completed 1500 episodes, and lead actress Divyanka shared an adorable throwback photo taken on the sets along with a caption on how much she treasures these memories.

Kullfi Kumarr Baajewala has been received well by the audiences because of tremendous performances by Mohit Mallik, Aakriti Sharma, and Anjali Anand Desai, among others. Recently, a fan asked Mohit on Instagram about which scene was the most difficult for him on the show. Mohit replied that it was when his character Sikander was misled into believing that he does not have a daughter in Chirauli.

Everyone on social media knows about the Musical.ly and Dubsmash. Most people mouth dialogues of Bollywood and Hollywood movies on these apps. Recently, a fan posted musical.ly video for Dhrashti and Shakti from their serial. The actors also acknowledged the sweet gesture.

Bigg Boss Marathi recently saw a shocking elimination. Resham Tipnis, who was one of the strongest contestants, was evicted. Resham said that while she and Smita were in the bottom two, she was shocked with her eviction, as according to her, Smita is a slightly weaker.

This year, participants will be entering the Bigg Boss house in pairs. The pairs can comprise a couple who share any kind of relationship. Many celebrity names are doing the rounds this time. We hear that Colors and Endemol have approached veteran actor Vibha Chibber and son Puru and model–actor Milind Soman and his wife Ankita Konwa. Puru said that they haven’t been approached for the show, but if they are, it will be his mom who will make the final call.

Zee TV’s Kaleerein is doing well among the audiences. The chemistry between Arjit Taneja and Aditi Sharma is loved by viewers. Check out this picture of the duo in the UK. Don’t they make a stunning pair?

Ashish Chowdhry recently shot for a bomb blast scene on his show, and his makeup artist did a great job to ensure that the wound looked real. Ashish went on to say that his makeup dada has been with him for 15 years and that he is extremely proud of his work.

Aashika Bhatia to participate in the next season of Bigg Boss?

People nurture hobbies for their own happiness: Geetashree Roy 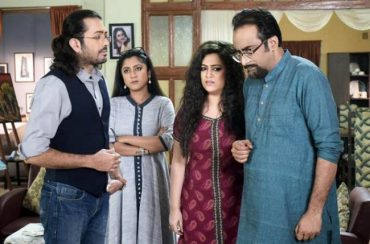