Get ready to watch your favorite TV artist on the big screen!

Television stars are making it big on the 70mm screen!

We earlier reported about Chandranandini’s lead Shweta Basu Prasad bagging a pivotal role in Dharma Productions ‘Badrinath Ki Dulhaniya’ starring Alia Bhatt and Varun Dhawan which is scheduled to release next week.
Now this film will certainly come in as a treat for all the TV fanatics as some really popular TV actors have been roped in to be a part of its stellar star cast.

Popular actors Rituraj Singh who is currently in Trideviyaan, Yash P Sinha seen in Code Red, Leena Prabhu seen in Pyaar Ka Dard Hai and Aakanksha Singh who was seen in Gulmohar Grand are a part of the anticipated film.

Leena will play Varun’s mother. Yash will be seen as Varun’s elder brother and has been paired opposite Shweta. As for Aakanksha, she has bagged the character of Alia’s good friend.

In conversation with Tellybuzz, Akanksha said, “I am playing Kirna, Alia’s friend. My experience of shooting for a film was interesting as the entire scale is different from television. This was my first film and that too with the esteemed Dharma Productions. I feel working in films is more relaxing. There is quality work in films which lacks in television.”

“We shot for 20-25 days in Singapore and it was amazing.” She added

As per reports, the television faces have significant roles.

Rituraj while speaking to an entertainment portal said, “It is a great development that TV actors are receiving recognition. The film is a beautiful one with a message that will strike a chord with all. It will present the fact that even in 2017, there are some patriarchs who look down upon women. This film will give the world a picture wherein we will prove that it is time we empower women who can help us build a better world and society.”

Apart from above names, the beautiful Gauahar Khan is also a part of the team. 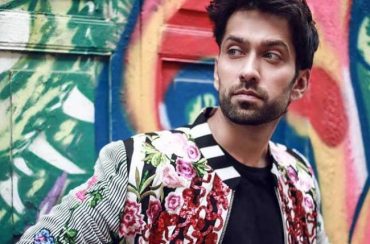 THIS is how Nakuul Mehta is channelling his inner Govinda

Exclusive! This is the reason why Kanika Mann couldn’t make it to the shoot of Khatron Ke Khiladi 12