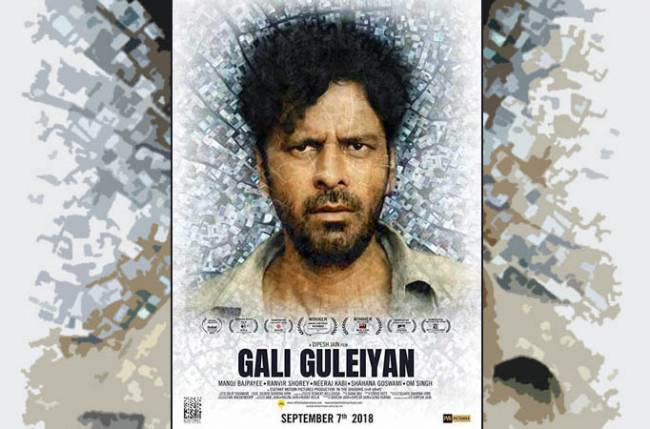 Film: Gali Guleiyan
Director: Dipesh Jain
Cast : Manoj Bajpayee, Shahana Goswami, Ranvir Shorey, Neeraj Kabi, Om Singh, Arbaaz Khan
Rating: ***1/2
Inspired by a true story, Gali Guleiyan is an astutely mounted psychological drama that unfurls intriguingly. At the core of it is an interesting story of Khuddoos (Manoj Bajpayee), a brooding character living in denial, trapped within his locality and circumstances.
The film Gali Guleiyan, which literally means “lanes and bylanes”, is set in a location with a maze of bylanes, akin to the walled city of Old Delhi, which metaphorically transports you into the complicated labyrinth of the hero’s mind.

What makes the narrative stand out is the treatment. Two parallel tracks that reveal the quagmire of life, one of Khuddoos (Manoj Bajpayee) and the other of Idu (Om Singh) which merge to the focal point of the film and form the crux of the tale.

With handsome, dark-toned cinematography by Kai Miedendorp, the film opens in the style of a sinister, atmospheric film, where a mysterious character (Khuddoos) obsessed with spying on his neighbours with surveillance cameras, watches the multiple screens on his table with morbid fascination.

So inquisitively spellbound is he with the happenings in the neighbourhood that he loses touch with reality and the passage of time.

He is occasionally cared for, by his friend Ganeshi (Ranvir Shorey) who reprimands him for neglecting himself. But when he hears the sound of a boy being brutally beaten in the adjoining house, Khuddoos is unable to control himself. He frantically mounts more spy cameras in the neighbourhood in an attempt to save the boy. But to his disappointment, his cameras fail him.

Idu is the boy who is being tormented by Liakat, his dominating father who is a butcher. His cries penetrate the walls and this disturbs Khuddoos. He feels helpless as their paths don’t meet.

The film is Manoj’s canvas. As the gloomy Khuddoos he is enthralling. He sinks his teeth into the character that makes it realistic and convincing.

Om Singh as Idris aka Idu is equally captivating. His bonding with his mother Saira, essayed by Shahana Goswami, is palpable. Their subtle on-screen chemistry is touching and impossible to disbelieve the situations and the narrative.

Neeraj Kabi is rough, tough and unassuming, as Liakat. Ranvir Shorey, also in a supporting role as Ganeshi, has his moments of on-screen glory.

The plot is engaging as it moves at a moderate pace. Right through the first two acts you feel that the narrative is meandering, but the final act that wraps up the film, leaves you satiated.

With high production values, the production designed by Sujeta Sharma Virk is impeccable. Miedendorp’s visuals are haunting. The cinematography evocatively captures the locales and the performances. Composer Dana Niu’s eclectic and stirring score contributes to the ominous mood. The visuals and the sound are efficiently layered together by Chris Witt’s sharp edits.

Overall, Gali Guleiyan is a fascinating film that may appeal to those who like intense dramas. 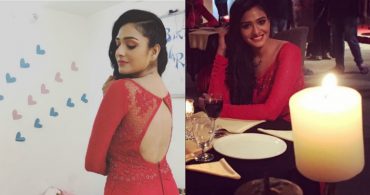 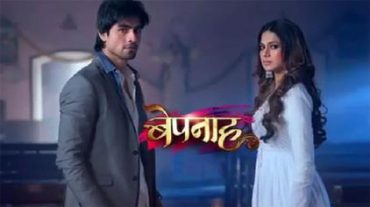 Zoya to go against Aditya; Yash-Pooja’s case to be reopened in Bepannah