MUMBAI : Karanvir is one of the most loved actors on television. He rose to fame with his performance as Shaurya in Shaurya Aur Anokhi Ki Kahani. He became a household name for his role.

His first film was Sadda Adda. Other film roles include Shaadi Mein Zaroor Aana, Azhar (2016), and Zid (2014). (2017). His first appearance on television was on 24 on Colors TV. Later, films that he appeared in were Siyaasat, Girl in the City Chapter 2, and Haq Se. He portrayed Nagarjuna Kutty in the SAB TV drama Mangalam Dangalam in 2018.

He portrayed the role of a lawyer alongside “Yami Gautam” in the upcoming Bollywood film “A Thursday.”

We had earlier reported that LSD is coming up with a new show on Zee TV titled ‘Rabb Se Hai Dua’, starring Karanvir Sharma and Aditi Sharma. It will also star Ankit Raizada, Nishigandha Wad, and Melanie Nazareth. The show will premiere on Zee TV.

Bestarticles got in touch with the actor to talk about his new show, his first impressions and fans reaction.

What attracted you to the story and what made you say yes?

It’s a complete good setup. It’s not one thing, its a combination of many things, from the storyline to the performances, the character depth, all of these things make a complete and a good package. That is why I am here.

What was your reaction like, when you first got to know about the show’s concept and the storyline that would eventually develop?

It is new and that is why it is challenging. When you look at the concepts of my show, initially, even I don’t get them at first look. But, as we go into the details, everything starts to make sense. You understand the point of view and there is reason and cause for everything. When we talk about this show, there is something I am aware of. You are talking about another marriage, you are talking about something that happens in the real world, why it happens and what actually happens, this was kind of new to me because I knew the culture superficially. Now, when I delve into it, I am still trying to understand it and our writers are brilliant. I think they have drafted it really well.

How was your first meeting with your co-stars Richa and Aditi, what was the first impression like?

It started on a positive note. It was very easy and everything was very chill. I don’t have a first impression but what I knew about the both of them is that they are very chill and had no reservations. I really appreciate that. I like forthcoming people. 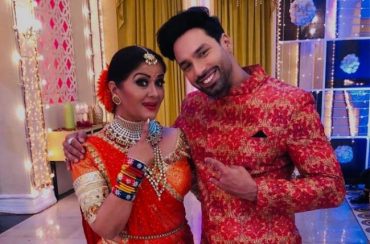 Sudha Chandran is an inspiration on the set: Reyaansh Vir Chdha

Rishi and Tanu to enjoy a romantic dance in Colors’ Kasam 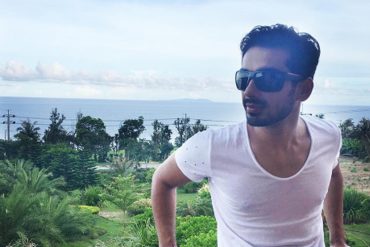