The love drama of Muh Boli Shaadi (Shashi Sumeet Productions Pvt Ltd) is all set to see a different twist in the coming days.

As viewers would know, Anmol (Zalak Desai) has been trying his best to impress Nikhil’s (Fahad Ali) family so that they can accept her as his partner.

Shares a source, “In the coming episodes, Anmol will be seen taking all the efforts to make his family members happy but all in vain.”

After her failed attempt at making dinner for Nikhil and his family it would now be turn to show her ‘goodness’ to them. Anmol would plan a trick to save Nikhil from trouble and thus get into his family’s good books.

But before she could work on it, the girl would land into a major problem. Throwing away some eggs, Anmol would mistakenly drop them on Nikhil’s buaji’s head. The woman being a staunch vegetarian would be left aghast at the action.

The furious buaji would start cursing the person who spoilt her piousness. Anmol would not know how to react.

Will Anmol’s attempt at winning the heart of Nikhil’s family prove futile? How would she deal with the situation?

We called Zalak but she remained unavailable.

Krishna Bharadwaj out of Big Magic show; Mantra to replace

TV stars and their INSTAmania 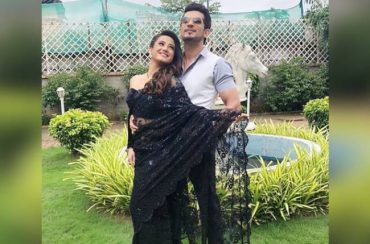 Arjun and Aalisha show their fun side; recreate a scene from Yeh Jawani Hai Deewani