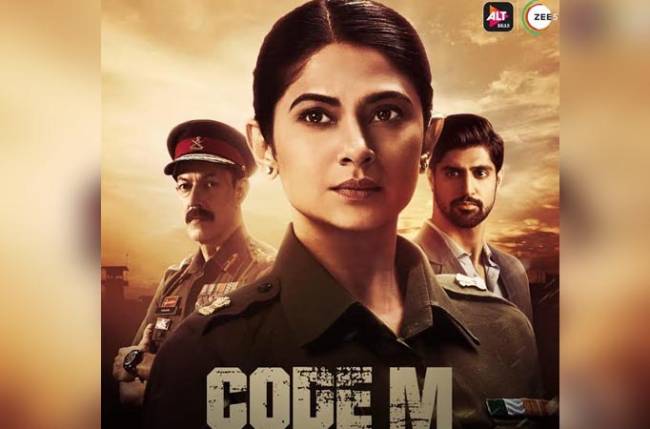 ALTBalaji and ZEE5, known to co-create innovative content has now launched their most-anticipated offering — Code M this January 15, timing the show’s launch perfectly with the occasion of Indian Army Day. After ruling the television screen Jennifer Winget once again dons yet another challenging role, this as Major Monica Mehra, a Military Lawyer, whose sole purpose is finding out the truth and cracking Code M. Jennifer has been ruling the hearts of audiences since many years now and with her digital debut has once again proved her mettle as an actor by performing a host of serious action stunts and delivering some heavy-duty dialogues in the series.

The web series also features a talented pool of actors like Rajat Kapoor who is playing Colonel Suryaveer Chauhan, Commandant of the Army Base and a family friend of Monica, he is a complete no-nonsense person who cuts off all personal emotions while on duty. Talented actor Tanuj Virwani, who has proved his mettle with some of his recent stints is playing the character of Angad Sandhu, a civilian lawyer who helps Monica in cracking the case. Donning the role of a man who is sarcastic, witty and one with a very different sense of humour is what aptly defines him. Other actors who played the pivotal parts in the series are Seema Biswas, Keshav Sadhna, Aalekh Kapoor, Madhurima Roy, Gautam Ahuja and Meghana Kaushik.

Launched on Indian Army Day, Code M promises to invoke the true spirit of patriotism in every Indian out there. Produced by Juggernaut Productions and directed by Akshay Choubey, the story revolves around an Indian Army lawyer, Monica Mehra, who uncovers an uncomfortable truth while investigating the open & shut case of a militant encounter. The incident involves the killings of an officer and two militants that further sees the mother of the militants set herself ablaze. Out to find what really happened, Monica sets out on a path to discover the truth which leads to a twist in the tale as the young woman decides to side with justice and investigate deeper to uncover inconvenient truths about the army and army men.

On playing the role of Major Monica Mehra, Jennifer Winget shares, “Code M is not only my first ever digital debut with ALTBalaji but for me, it’s been an opportunity of a lifetime. Working on this show was even more special as my very first television break too was given to me by Ekta. Coming to my character on the show, once you get into an army uniform, it’s a different high all together but also a huge responsibility on your shoulders to uphold your mannerisms and stance as an officer. There is no room for slip-ups. But with all the support from my cast and crew, I’d like to think that I’ve successfully portrayed my Major Monica Mehra. I am excited to hear what the audience reaction to the show and my character is.”

Speaking about the launch of the series, Rajat Kapoor quipped, “I am really excited that to be the part of Code M and now that it is finally released, I am looking forward to know about the audience’s response. With each one of the teams having put in so much effort and dedication, we hope that the show evokes feelings of patriotism in the hearts of one and all.”

On playing the role of Angad Sandhu, Tanuj Virwani shares, “I am extremely proud to be a part of an army-based web-series and portray the character of Angad who’s shown as a civilian lawyer in the series. This series has definitely taught me a lot of things which is going to help me in my further projects. It was not an easy project to work on, but certainly one of my most interesting ones.”

If you’re looking to watch a show that scores high on patriotisms, you can binge-watch all the 8 episodes of CODE M streaming now on ALTBalaji app and ZEE5 ! 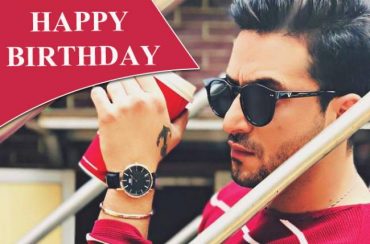 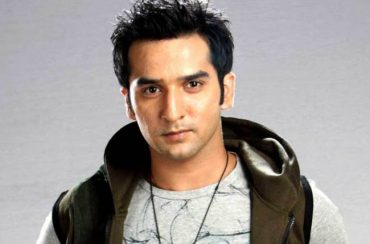 Puru Chibber to return to Television as a Rajput 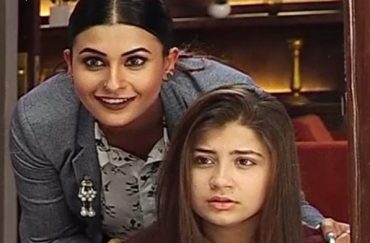 A SHOCKING verdict on Ruhi’s custody in ‘Yeh Hai Mohabbatein’!