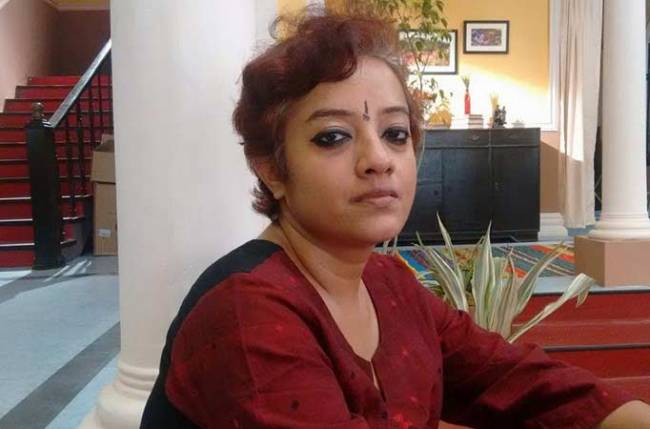 KOLKATA: With the launch of Colors Bangla’s comedy show Satyameva Jayati, your evenings have become fun, amusing and of course, entertaining. Revolving around the hilarious activities of mother-in-law Satyapriya Singho (played by Subhadra) who is a constable and her daughter-in-law Jayati Bagh (played by Rupsa Chatterjee) who is a sub-inspector, the show not only aims to tickle your funny bone but also convey some social messages. And by showing its lead protagonists as working women, it wants to throw light on ‘women empowerment’.

How difficult is it to write such a show?

To know the answer, bestarticles caught up with Nandini Kundu, story writer of Satyameva Jayati. In this exclusive interview, the lady also spoke about her writing journey, inspiration and a lot more. Excerpts:

The show has comedy as well as issues related to women empowerment. So, as a writer how difficult is it to create a story through which you can make people laugh as well as convey positive and inspirational messages?

I think audience’s acceptability escalates when they are shown such things via comedy. Take the example of Munna Bhai (the film Munna Bhai M.B.B.S.). It spoke about words of profound wisdom. But it conveyed the messages via comedy and it was hugely popular but writing those things must have been very difficult. The film was watched by people of all age groups. So, I feel when things are told via comedy, it becomes easier to make people (audience) understand or make people (actors) do but the writing part is very difficult. We are trying so that it remains in the form of comedy.

What is your process of writing and from where do you get your inspiration?

What is your favourite comedy film and book?

How did your writing journey begin?

I started my career in 2002. Back then I used to work for an organization named Black Magic. We used to write for the show called Rojgere Ginni. That was the beginning of my writing career. I am writing for a fiction show (Satyameva Jayati) after a gap of seven years. In-between, I was writing for other projects like documentary, advertisements etc. And before this show, I wrote for two mega serials –Barir Naam Bhalobasa and Bhitor o Bahire – but that was six years back. Both the soaps were for ETV. Back then we had to shoulder multiple responsibilities; we were the EP, we were the directors, we were the writers. There was no division (of responsibilities). I am writing again for a mega serial only because of Anindoda’s inspiration. I am very happy that I am writing again.

How much the condition of writers has improved now?

Since you are back to writing a mega serial after a gap of six years, what is the biggest challenge you are facing?

Writing comedy itself is a challenge. It is very difficult to write comedy as it is the toughest genera. I have always been writing but there is a difference between writing for a fiction and writing for a non-fiction. Moreover, this is not just a story about Sasuri-Bouma’s battle. This is a comedy show and we are trying to ensure that there is no regression or sleaze in it. The show has the time slot of 6 pm as a result of which it will cater to people of all age groups. So, the show will have nothing that will make people uncomfortable. There will be no double meaning jokes. Even if there are doubles meaning jokes, they will have no sexual content. It should be such that I am able to watch with my grandmother.

What would be your tips for those who want to make a writing career in television?

See, I am writing after six years and that too because of Anindoda’s encouragement. I am enjoying it. He is my mentor in writing. Writers were always important but now television has become writers’ medium. This is really very inspirational that they have got such a platform. It’s not just about writers, screenplay writers and dialogue writers too have got a place for themselves because the writing process (of a serial) requires all of them like I write the story then Mon does the screenplay and sends one liner to the channel; the channel approves and then Chandra (Chandradoy Pal) is given the responsibility of writing the dialogues. The entire writing is done by a team.

Television is not coming up with good comedy series: Supriya Pathak 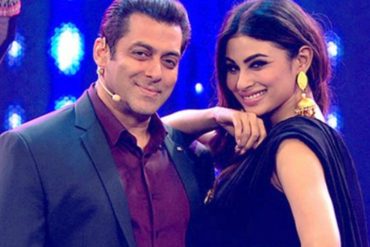 Woah! Mouni Roy all set to be launched in films by Salman Khan? 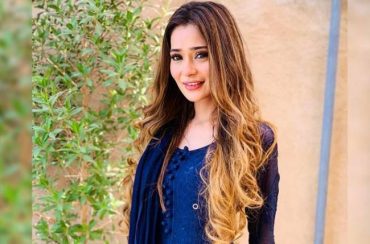 Sara Khan enjoys the London WinterLand Before She Returns to India