Making films while drawing inspirations from international films is not a new trend in Bollywood.

Now, our small screen seems to have adapted the trend.

Recently, two popular shows of Colors’, Thapki and Chakravartin Ashoka Samrat depicted few scenes, which bear uncanny resemblance with international shows or series. While Thapki focused on the plot similar to Hollywood flick Home Alone, Chakravartin Ashoka Samrat not only had a similar storyline to that of HBO seriesGame of Thrones, but also the looks of few characters are quite alike.

And following their footsteps is Balaji Telefilms’ upcoming venture Kavach.

Without any doubt we are pretty excited to witness Maheck Chahal as the new witch on television, while Mona Singh fights with all evil powers.

While the first promo looked interesting, the channel has released a latest promo, which seems to have been inspired from a scene of the Hollywood horror film Conjuring 2.

Yes dear readers, if you have already had a look at the trailer of Conjuring 2, then all of you will agree that the most horrifying scene was when the lady exorcist finds another figure behind her in the mirror. But, as soon as she turns, the figure disappears and finally when she checks for the other person for the third time, the masked ghost appears right in front of her.

And this is the exact scene of the latest trailer of Kavach. While Mona adores herself in the mirror, Mahek’s image appears in the mirror. When she turns back to check Mahek, she doesn’t find her. But as soon as the lady turns her face to mirror again, she finds Mahek standing right in front of her.

How fascinating!!! Though the scene undoubtedly is one of the scariest sequences, too much repetition we feel has made us bored. Hence, we request to the dear makers to introduce some new scenes and not just copy, we mean get blindly inspired from some international counterparts. 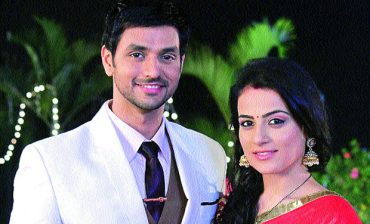 Shakti Arora and Radhika Madan are back and how! 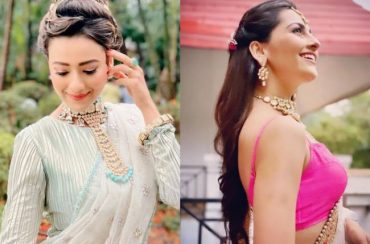