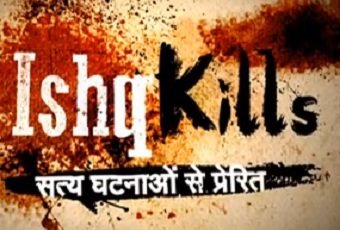 Ishq Kills Watch Online is an Indian crime/thriller television show, which premiered on Star Plus on 16 February 2014 and It airs on Sunday night. The show is based on true events and will wrap up in twenty-six episodes. The show is produced by Rowdy Rascals Productions and directed by Bollywood film director/producer Vikram Bhatt.

Filmmaker Vikram Bhatt will soon be seen hosting a TV show based on real-life romances. The show is titled ‘Ishq Kills’.Bhatt will step in front of the camera for the show that brings to the forefront a series of forbidden love stories that go beyond the traditional norms of society, said a statement.The show will include a fresh casting and storyline in every episode.

‘Ishq Kills’ was first offered to actress Bipasha Basu as she was very keen on television but she found it too unconventional and preferred dance reality shows. Bhatt was then roped in as the host of the series.The show will go on air from February 16 on Star Plus.

Talented actors Kapil Nirmal and Srishty Rode will come together for an episodic story of the bold concept ‘Ishq Kills’ on Star Plus. The series produced by Rowdy Rascals Productions will present one-of-its-kind stories on ‘love’ where one can go to any extent for the person he/she loves. This happens to be the first time Star Plus is experimenting on such bold content.

Kapil who has been on a hiatus from TV post his stint as Nihaal Singh in Star Plus’ Veera will essay a never-played-before character, that of a billionaire who will literally come to the roads. Srishty Rode, who was last seen in Zee TV’s Punar Vivah, will play the billionaire’s wife who will do anything and everything to get her husband his status back in life.

This story titled ‘Escort’ will be the third episode that will go on air in Ishq Kills. The second story which will be aired this weekend will be titled ‘Kissing Cousins’ and will have Priyal Gor and Sachin Khurana as the central faces.We tried contacting Srishty, but she remained unavailable for comment.

Kapil on his part said, “Yes, I have shot for an episode of Ishq Kills. But I simply cannot talk about it. I hope you understand.We hear that ace director Shasant Shah who has helmed movies like Dasvidaniya, Chalo Dilli, Bajatey Raho has directed this particular story.