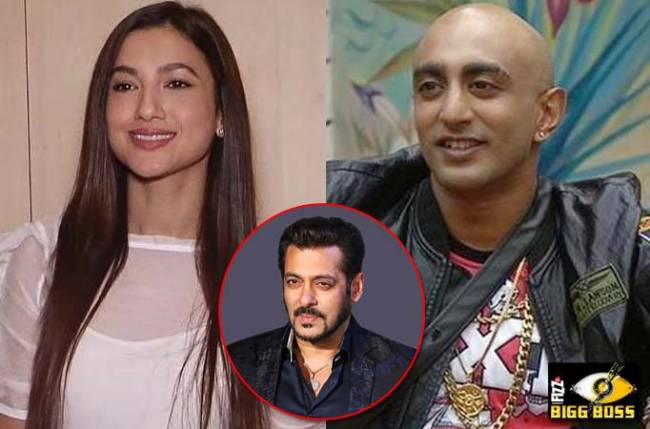 This Weekend Ka Vaar episode has by far been the most gruelling on the Colors’ flagship reality series Bigg Boss 11. A lot of fiasco transpired on that episode. Salman grilled Priyank Sharma, Hina Khan, and Sapna Choudhary. However, the most shocking moment of the episode came during the Sultani Akhada segment.
Yes, the big fight between Akash Dadlani and Puneesh Sharma!
Since that fight, Akash has taken a whole different route. He has been behaving very strangely with everyone in the house ever since that fight. He even behaved rudely with the superstar-host, Salman Khan.
It all happened when Akash Dadlani and Puneesh Sharma were called in Sultani Akhada to fight it out. Akash refused to participate in the game, which didn’t go down too well with Salman. His behaviour made him so angry that he walked away from the room saying Akash has lost the game. Akash was rude to the actor since the beginning, ever since the discussion of the big fight with Puneesh.
Akash’s behaviour has irked lots of fans as well including Gauahar Khan, who has been following the show religiously. The former Bigg Boss winner has slammed Akash for his rude behaviour with Salman Khan on national TV. She is more disappointed with him as he was her favourite contestant on the show. She was so impressed with him that she gave him a special nomination shield when she visited the house.
Last week, Akash used the shield to save himself from the nomination.
But, it looks like Gauahar is displeased with his conduct.