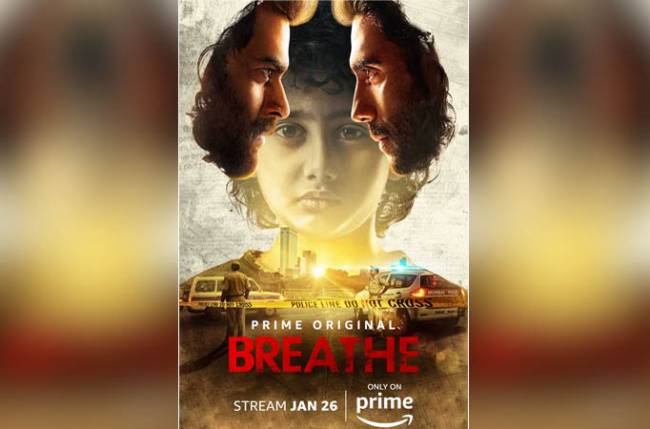 As if the troubles over Padmaavat and the barrage of flops were not enough, Breathe, the thriller-drama web series from Amazon which premiered on Thursday, gives Bollywood more reason to worry. It is a thriller so riveting in design, and so cunningly executed that you would never feel the weight of the manipulation that carries us from episode to episode.

I was hooked from the word go, when in a preamble that rivals the opening montage of the James Bond films- spoiler ahead–a young girl is seen wrapping her head with plastic to commit suicide on camera.

It’s an astounding opening to a cat-and-mouse thriller packaged and executed with the panache and precocity of a Clint Eastwoood cops-and-robbers films, replete with dialogues that embrace colloquialism and conceits without filtering, but with more time to let the characters and grow and well, breathe… than allowed in a feature film.

While it would be imprudent to give away the many twists and turns as the drama unfolds, suffice it to say that the production design and the manner in which the camera captures the frenzy and anguish of the two protagonists, both perched precariously on the precipice of self-destruction, is a testimony to the testosterone level that the series aspires to a largely, achieves.

The performances range from the outstanding to the extremely competent. There is no scope or patience for tackiness in profile personality or performance here, as one expertly-executed incident supersedes another with barely any breathing space.

Special mention must be made of Amit Sadh as a burnt-out cop- obviously inspired by the genre’s swaggering prototype from Hollywood- you know, the cop who is grieving and drinking and sulking and abusing constantly? The last time an actor in Bollywood pulled off such an act with credible flamboyance was Randeeep Hooda in Jannat 2.

Amit Sadh imparts his own individual stamp on the part. He gets terrific support from Marathi actor Hrishikesh Joshi as his family-oriented erectile-dysfunctional partner. There is a brilliant sequence in the second episode where Sadh’s cop character visits Joshi’s home. The responses of his family to the visitor are astutely authentic and engaging.

But above all Breathe is a triumph for Madhavan. As Danny, a straitlaced upright white-collar man and a grieving desperate father who goes to shocking lengths to save his little son’s life, Madhavan expresses grief, rage, frustration, guilt, repentance and self-destruction with measured excellence.

This is a showcase for an actor at the peak of his power. And boy, does Madhavan embrace the opportunity!

There is an anguished plea for human-organ donation underlining the drama of dysfunctional morality. But except for one sanctimonious outburst in a hospital lobby where Madhavan tries, rather naively, to convince the son of a dying man to donate his organs with statistics thrown in for good measure, you are not subjected to moralizing in the 8-part series.

A lot of detailing has gone into making the plot and its execution uniformly watchable. You will find it hard to resist watching the entire series in one go. But then, the beauty of a finite series is that it keeps you talking about the plot and characters until the next episode. Breathe gets that, and almost everything else, right. 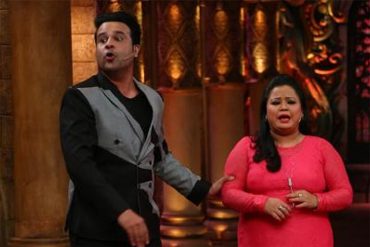 And FINALLY, ‘Comedy Nights Bachao’ to get RID of ‘roast comedy’! 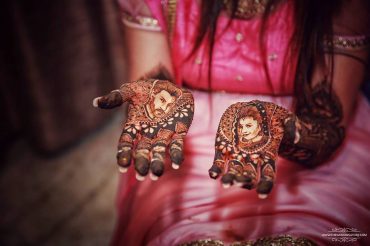 Check out: The Mehendi pictures of Divyanka Tripathi will blow your mind!